From The Gaston Gazette 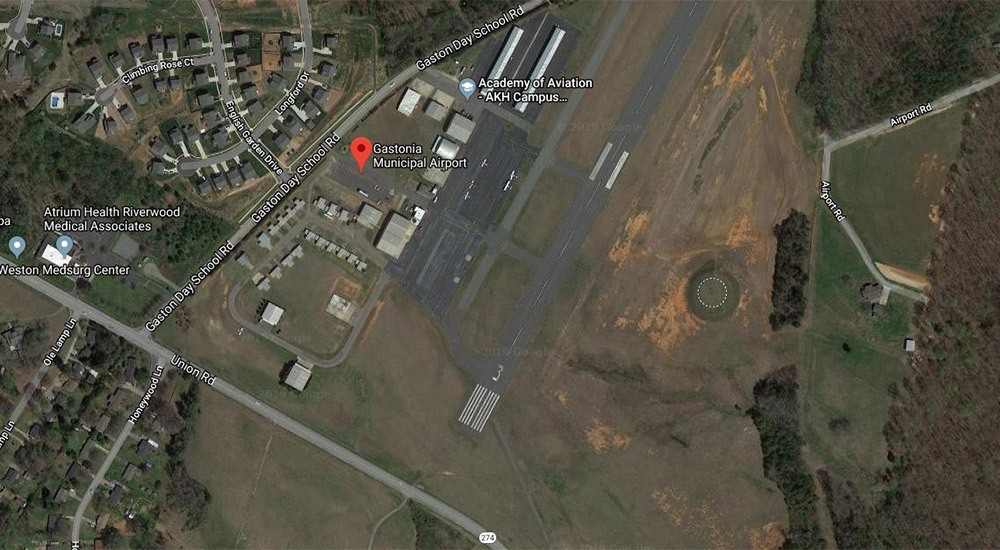 Doing some internet-based research for Gastonia Municipal Airport, I found an article from the Gaston Gazette from back in May of this year, describing an idea that the town has to lengthen the runway at our school's FBO in North Carolina.

"Gastonia’s airport was built in 1946 near the intersection of Gaston Day School and Union roads. The facility slogged along for a dozen years under the same operator until last summer, when the city contracted the New York-based Academy of Aviation to assume oversight and operation of the complex. The hope is that the new partnership will help the complex to grow and expand its influence."

You can get a sense of what they want to do by looking at the terrain map above, and the runway photo below. It is interesting to note that alternative ideas like relocating the airport or rotating the runway were considered and why they were eventually nixed. We also learn a bit about the FAA's trapezoidal Runway Protection Zone characteristics and why they ultimately chose to lengthen the runway towards Union Road. 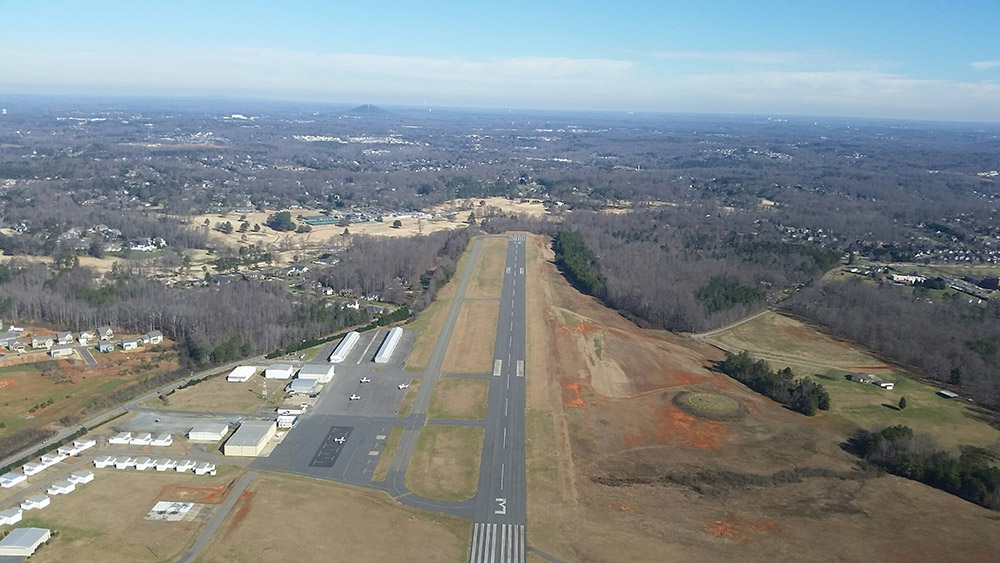 "If the ambitious and costly project gets off the ground, drivers on Union Road will find themselves going subterranean to avoid airplanes landing and taking off overhead. A tunnel would be built to ferry vehicles under what also serves as N.C. 274, allowing the airstrip to be extended from 3,370 to a full 5,000 feet."

I don't know how big of a job this will be if it is finally given the green light, but if they decide to bring in something like Busy Lizzie (see video below) for it (I know, probably not even close to that kind of a job,) I may fly down from New York to check out the groundbreaking!