April 8, 2020: Though we are still on lockdown in our New York locations, our Gastonia, NC location is flying, and we are proud to be recognized by the City of Gastonia as a valuable resource to the burgeoning Gastonia Municipal Airport. The Gaston Gazette takes a look at Academy of Aviation's new 2020 model Cessna 172S Skyhawk, equipped with the newest avionics and electronics for flight management, described as a "Cadillac of the sky."

Our own Jon Boyd is interviewed by the Gaston Gazette and discusses how the Cessna became ours, and what it means for flight training. 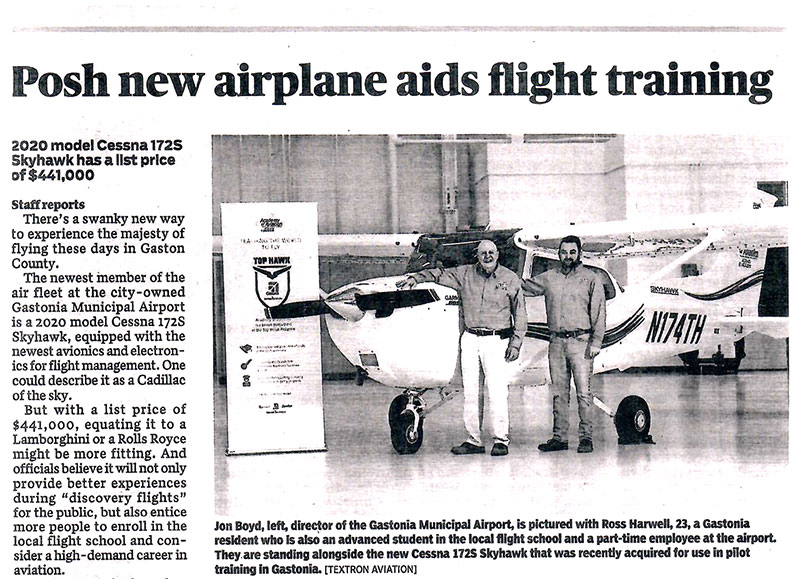 “This new airplane has things lots of current airliners don’t even have,” said Jon Boyd, the director of the airport and the business development manager for the New York-based Academy of Aviation. “It’s truly amazing.”

The Academy of Aviation won the contract from the city to operate and manage the airport in 2018. One of the many things the company implemented was to make the local facility into an approved Cessna Aircraft Flight Training Pilot Center — one of only about 50 in the United States.

The Cessna Aircraft Co. recently developed the Top Hawk Program, which awards a new Skyhawk to only four of those flight schools based on the quality and skill of their training.

“The award is shared by all three Academy of Aviation locations,” said Boyd, adding that the other two are in New York state. “But it was spearheaded by Gastonia.” 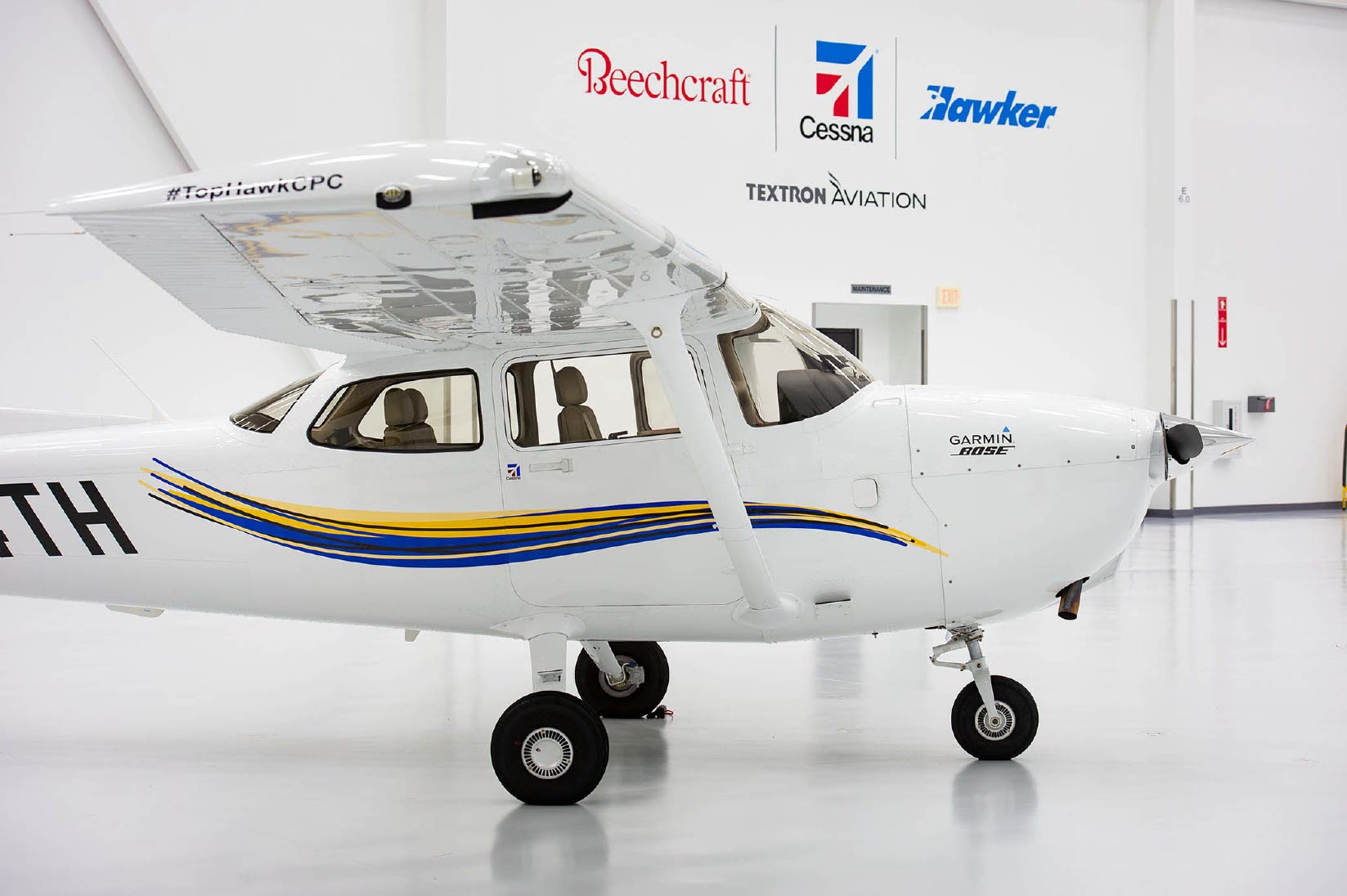 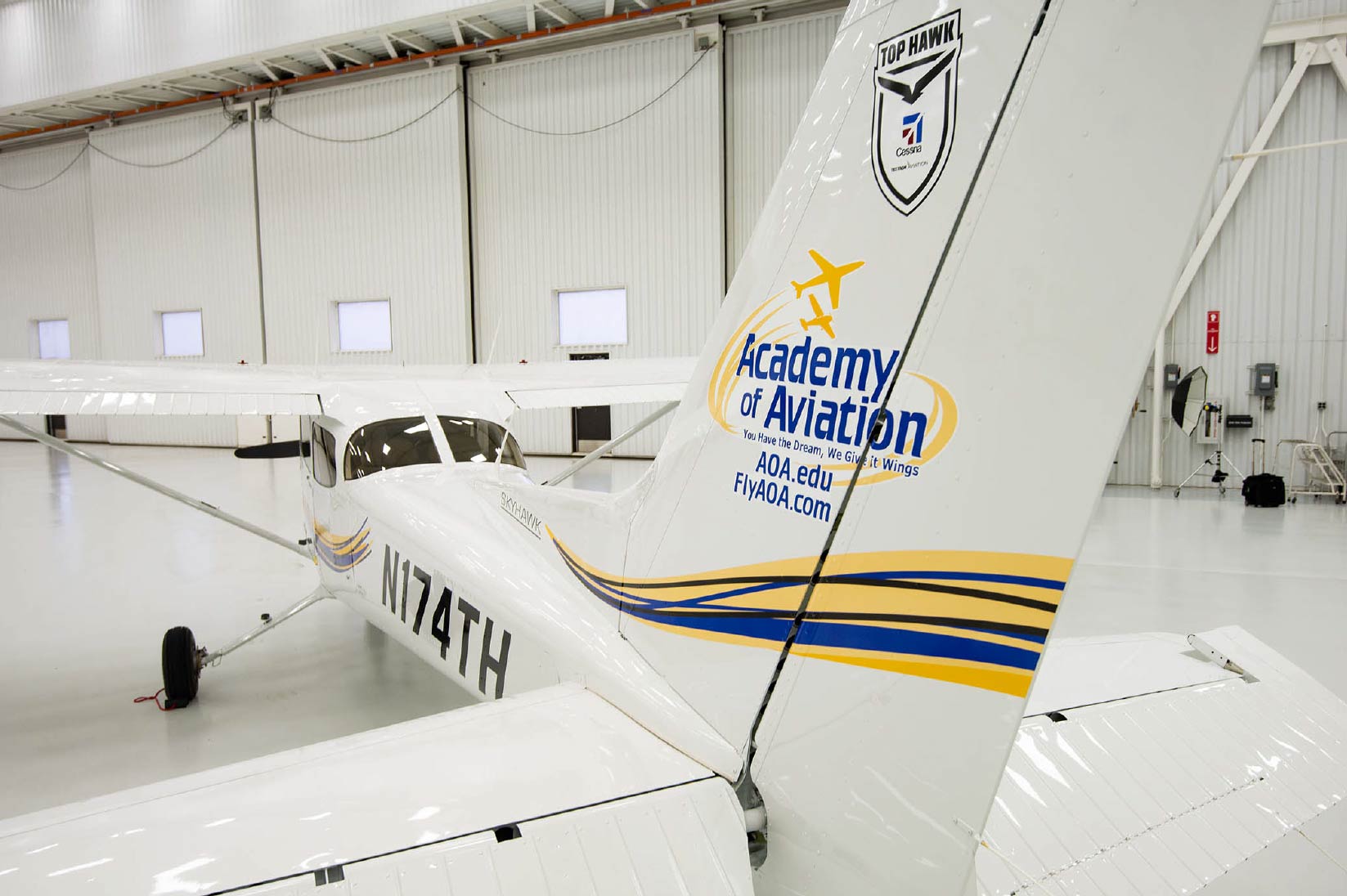