Whatever Happened To The Gossamer Condor

A fascinating look into human-powered flight.

It was 1978, and a very small version of myself counted out his quarters usually reserved for Space Invaders and Asteroids, and bought the very first issue of 'FUTURE' Magazine. 'FUTURE' was a little cousin to the renowned 'Starlog' Magazine and was later renamed to 'Future Life'. I was thoroughly immersed in space, flight, rockets, Revell model airplanes and Kenner X-Wings and Tie Fighters, so finding out within these hallowed pages that I, too, could fly through the solar system (well, maybe the schoolyard) without being dragged through the crowded and loud Laguardia or JFK by my parents was a dream come true. 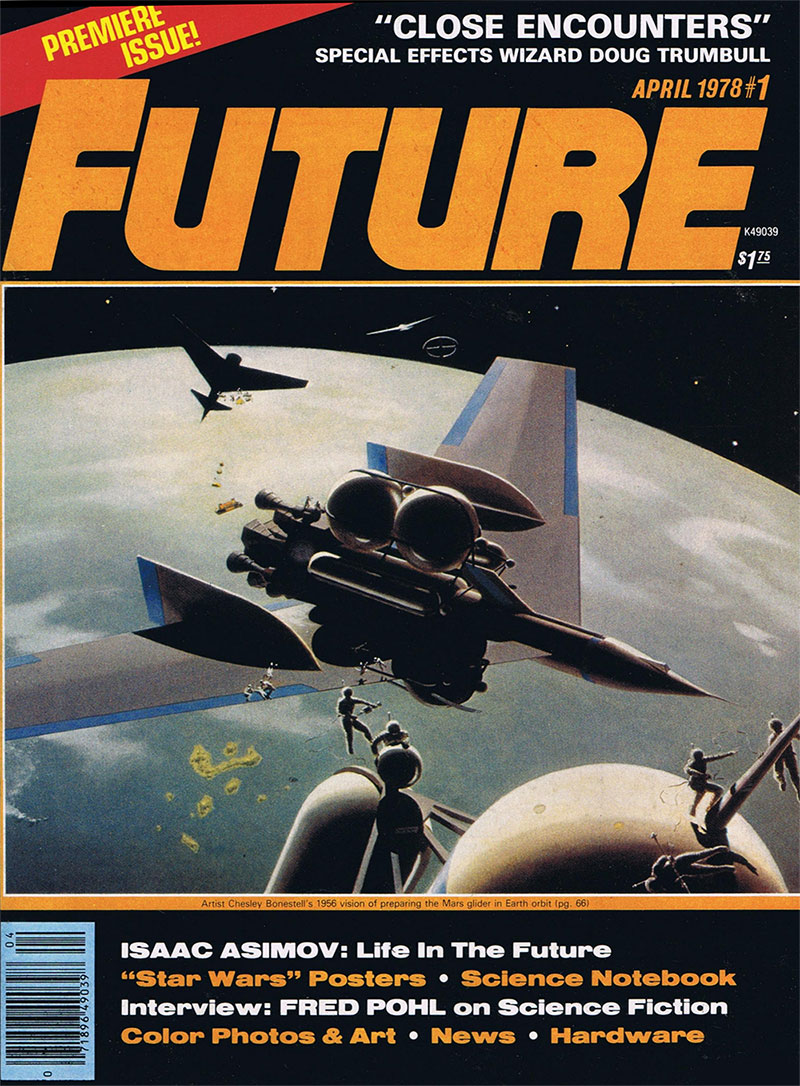 Cruising through articles on Close Encounters, The Hobbit and a scathing editor’s rebuttal to a scathing review of the brand new Concorde, I stumbled upon a documentary-style page about a bicycle that could *gasp!* fly, winning an as-of-yet unclaimed twenty-year-old $86,000.00 prize in the process. 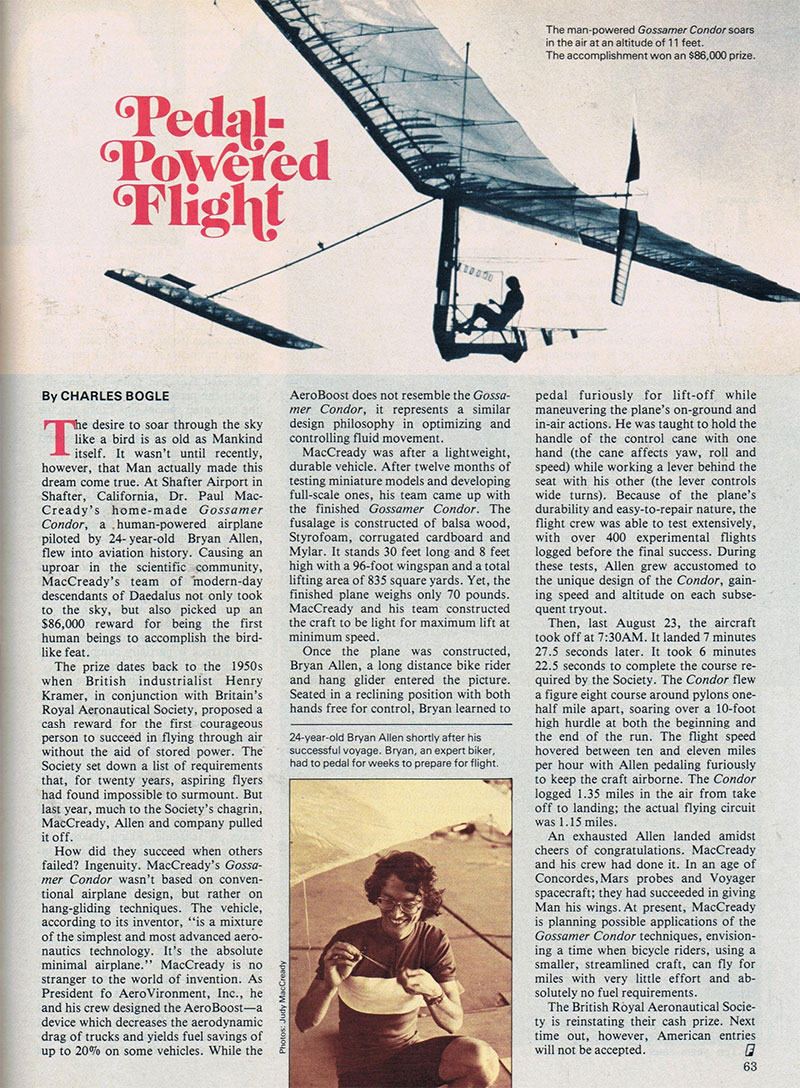 The scene was as follows:

The Kremer Prize had been set up in 1959 by Henry Kremer, a British industrialist, and offered £50,000 in prize money to the first group that could fly a human-powered aircraft over a figure-eight course covering a total of one mile (1.6 kilometers). The course also included a ten-foot pole that the aircraft had to fly over at the start and at the end. Early attempts to build human-powered aircraft had focused on wooden designs, which proved too heavy.

In the early 1970s, Dr Paul B. MacCready and Dr Peter B. S. Lissaman, both of AeroVironment Inc., took a fresh look at the challenge and came up with an unorthodox aircraft, the Gossamer Condor. He took his inspiration from hang gliders, increasing wing area so that the drag of the wire bracing needed would be reduced. The Gossamer Condor is built around a large wing with a gondola for the pilot underneath and a canard control surface on a fuselage extension in front, and is mostly built of lightweight plastics with aluminum spars.
https://en.wikipedia.org/wiki/MacCready_Gossamer_Condor

That was it for me. I dreamed of this thing being delivered to my friend’s backyard (mine was too small for even a picnic table) and proudly wheeling it the five blocks to the elementary school yard, and all the faces of the older kids and tough guys as they watched us take flight and become the coolest crew in the neighborhood.

The Gossamer Condor was a one-off and relegated to display-only these days, and it would never have even fit in my friend’s yard without ruining the hedges-- but it inspired years of refinements and evolution in solar and fuel cell powered unmanned aircraft by NASA and other sciences. It proved to be a groundbreaking sidenote in aviation, and instilled some real ingenuity into the human dream of flight.