Port Washington and Pan American: The Beginnings of Transatlantic Flight

How a small seaport in Long Island contributed to aviation history. 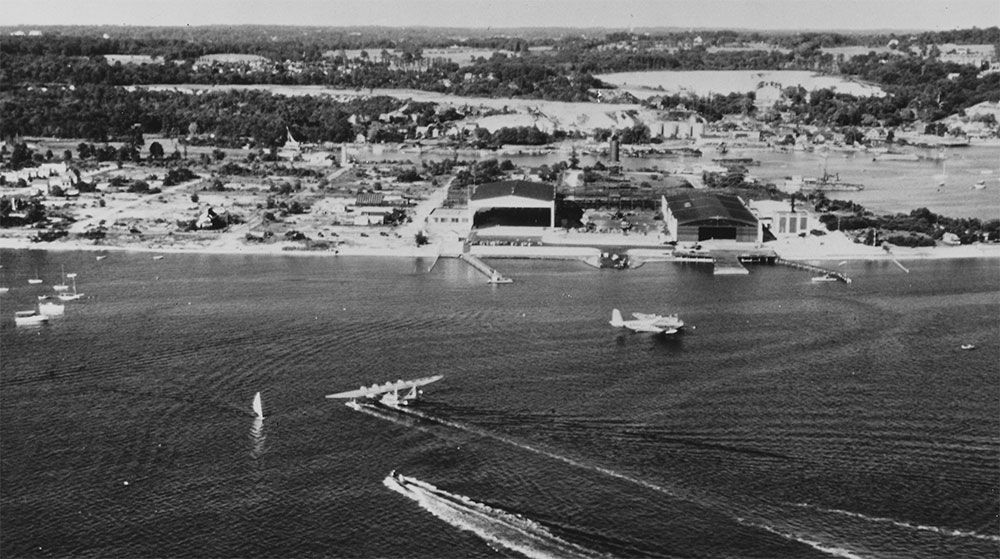 Long Island, New York, has proven to be an integral player in modern aviation. Our home base and main campus location at Republic Airport in Farmingdale enjoys a rich history of aircraft manufacture throughout the 20th century, and is home to many amazing photographic exhibitions and archives in the main terminal.

There are a number of smaller airports spread around the middle and eastern parts of the island; satellites to the world-famous major hubs of JFK and Laguardia. The north shore of Long Island is not known as an airport district, yet something happened in 1937 to give the small hamlet of Port Washington a significant blip in aviation history’s radar.

In 1937, two transatlantic joint "survey" flights, defined as an experimental dual flight to test out a new route, was flown between Foynes, Ireland and Port Washington, NY - the home to Pan American World Airways’ new waterside facility which ultimately became Pan Am. It was a perfect stopping off point for the dual route, because it sat at Manhasset Bay and was ideal for a huge and lumbering seaplane to slither up Manhasset Bay and take off along the expansive Long Island Sound.

The flying boats were the "Caledonia", a Short S23 'C' Class Empire, registered G-ADHM and built for Imperial Airways, an early British commercial airline from 1924 to 1939, which later became British Airways, and the Pan American S-42 B Clipper III. These ships jointly made the first transatlantic commercial "survey" flights to and from Port Washington on July 5 to 6, 1937. The article below from Goodliving Magazine (1987) presents an interesting account of two recipricol survey flights, and how a fledgling airline with a crazy idea about commercial transatlantic travel prefaced in 1937 what is commonplace today, instead of the daredevil feat that it had been up until then. 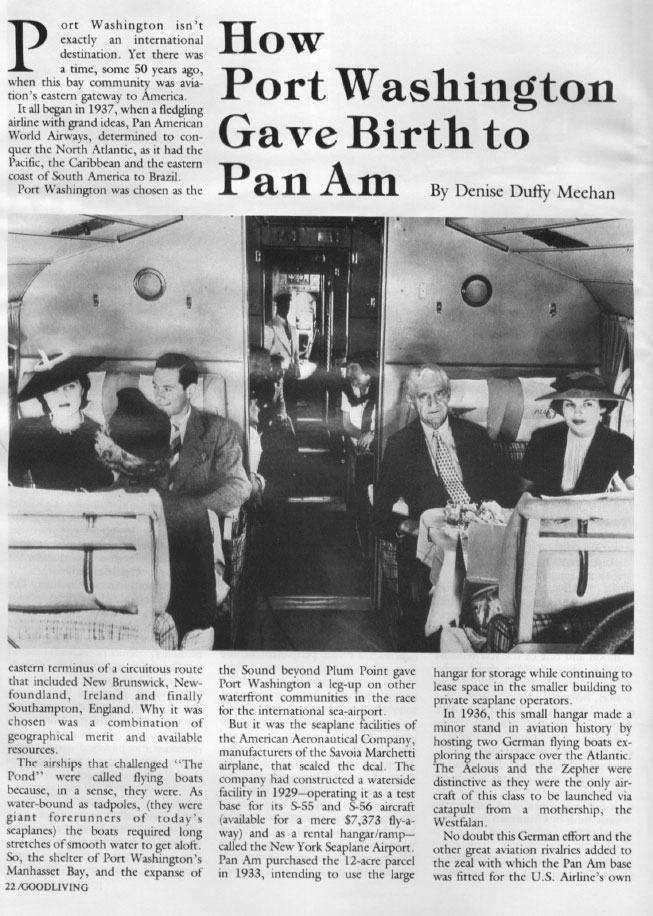 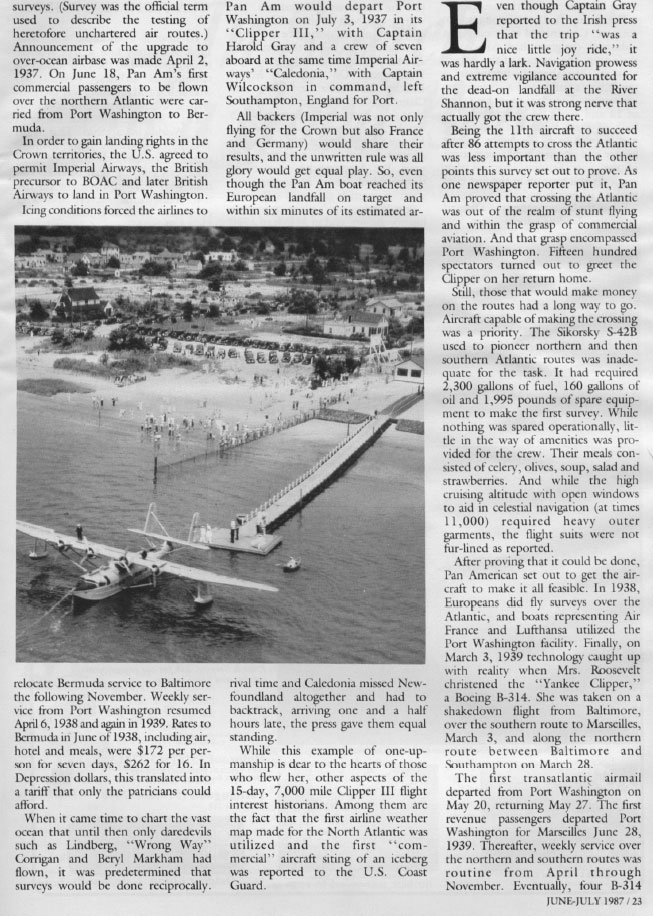 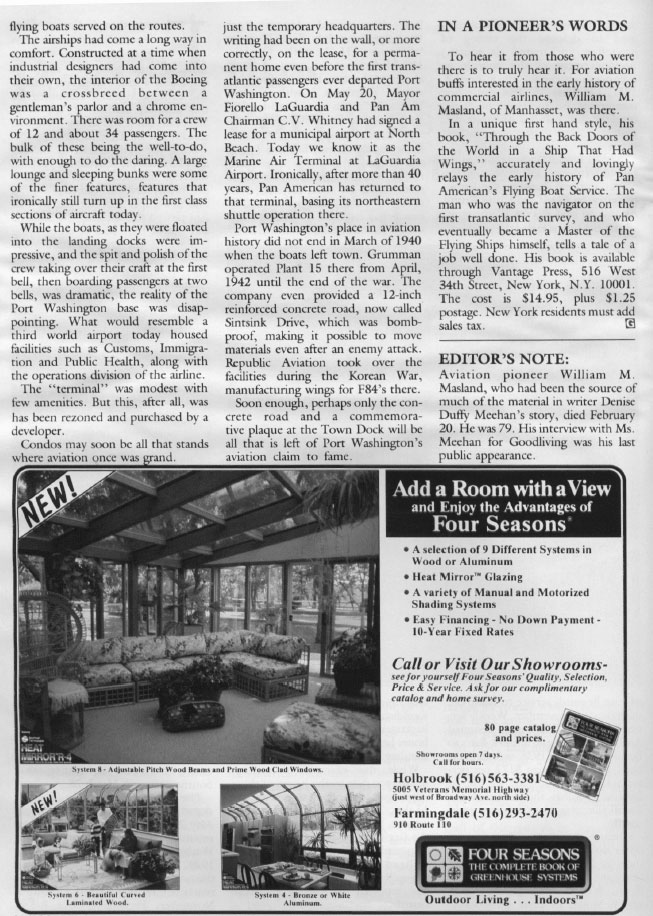 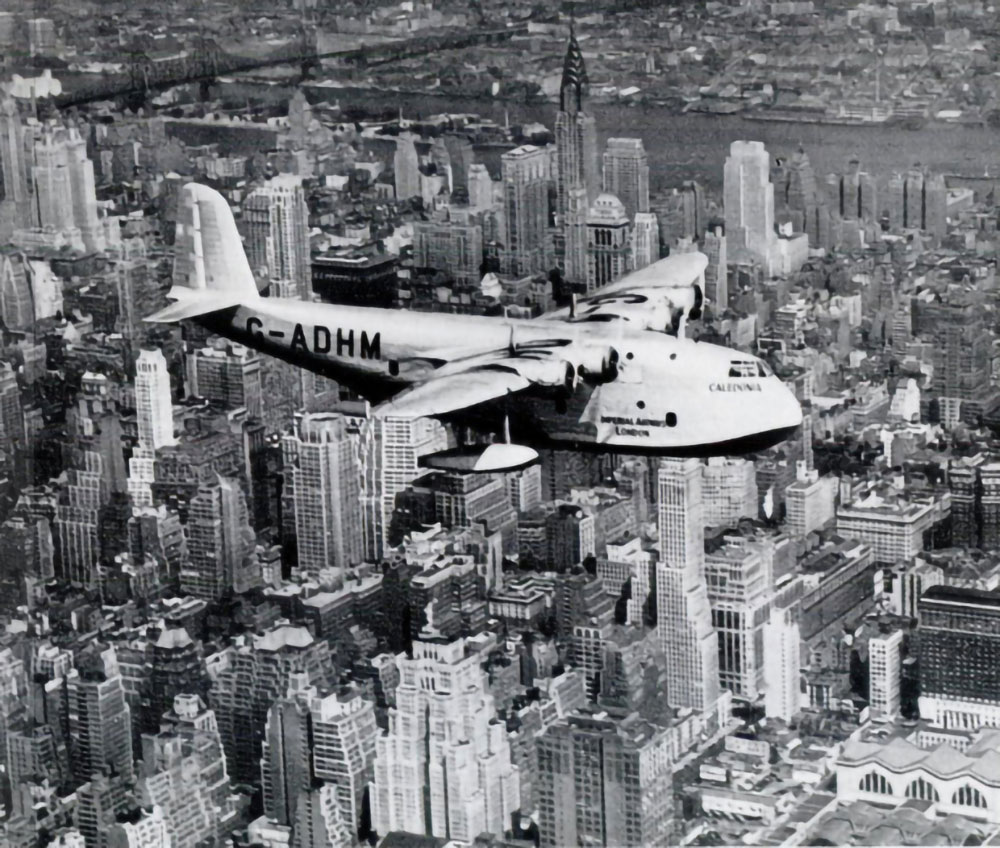 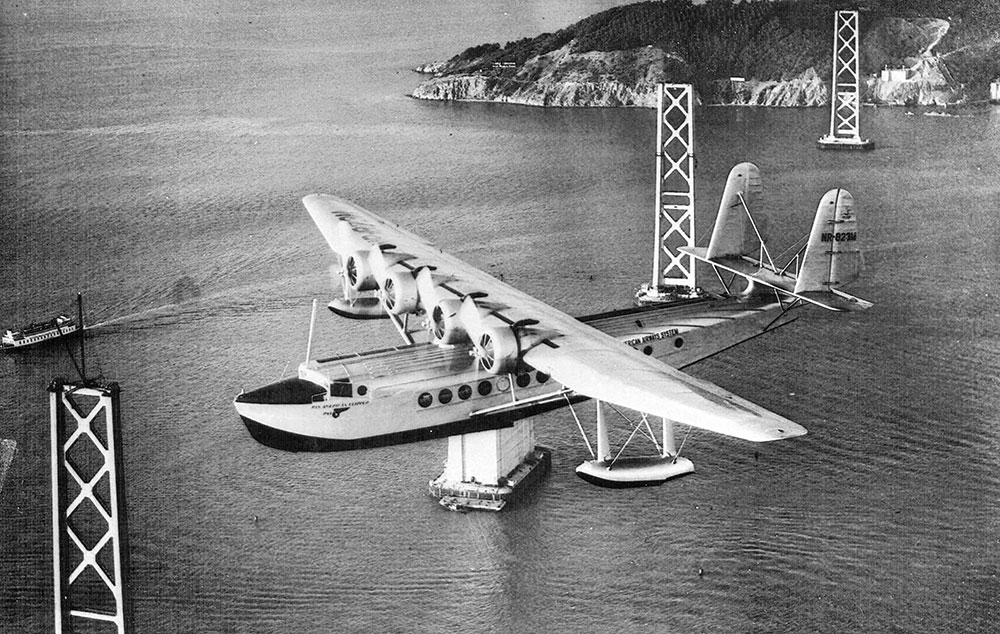 The commemorative plaque erected in Port Washington (note the wrong date which was never fixed): 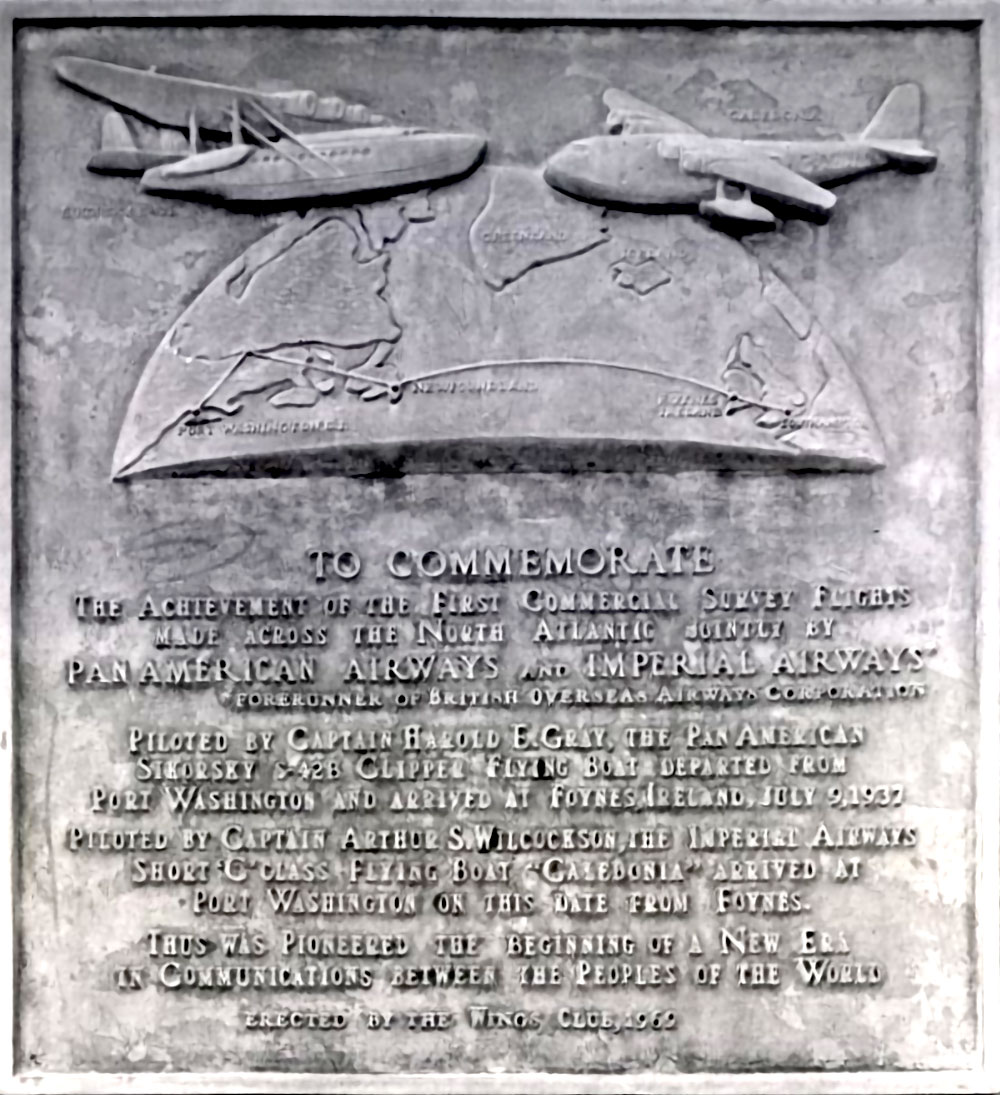